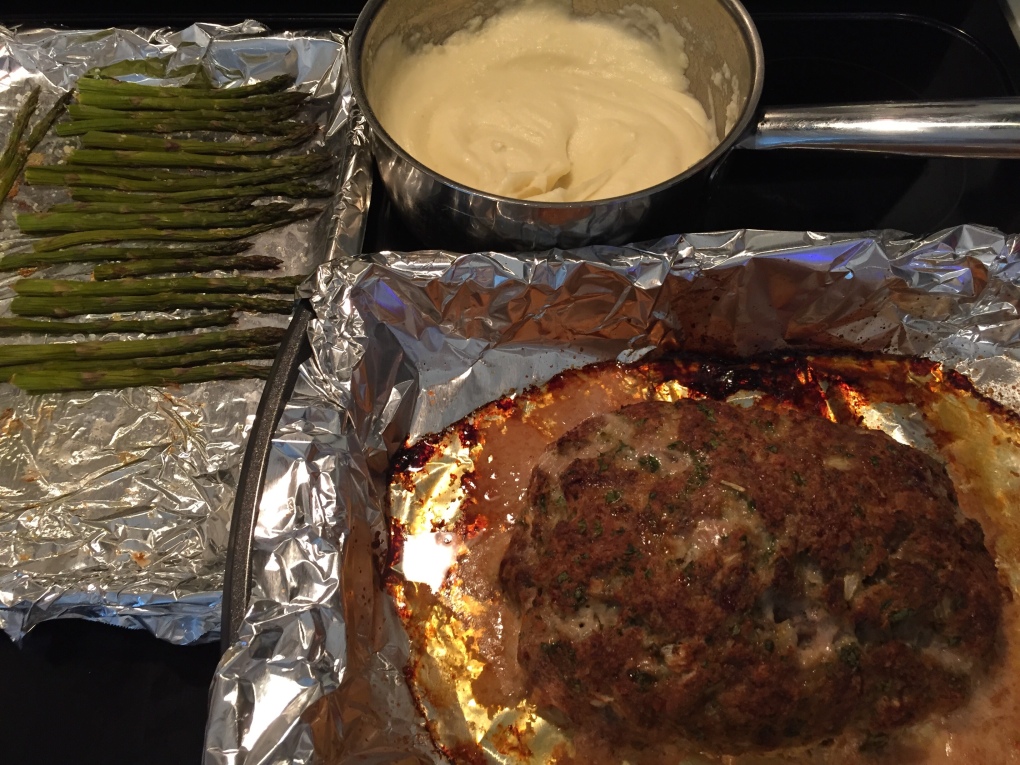 Today’s dinner was meatloaf with mashed potatoes and roasted asparagus. Meatloaf is the first foods I remember ‘cooking’ as a child. G-Mom (my grandmother) would put all the ingredients together, then would let me mix them all together with my hands and form the loaf to put in the oven. I have her recipe, and I until about a year ago, I used it every time I made meatloaf. That changed when I had James’ mom’s meatloaf, which was a revelation – so much more flavor, and a great texture that comes from using breadcrumbs instead of white bread soaked in milk. G-Mom wasn’t offended when I told her I had switched recipes; she explained that back in the day, people cooked more blandly – they didn’t use as much salt, seasoning, creative ingredients (such as the parmesan in the new recipe), etc. These days I mostly follow James’ mom’s recipe, but I add a few more spices, and I make my own glaze. 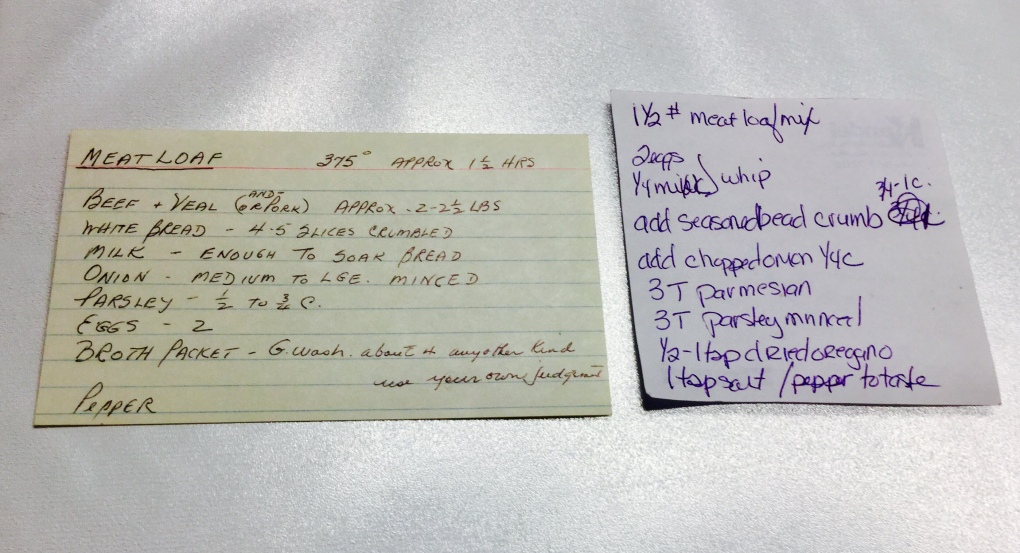 For today’s meatloaf, I used:

I beat the eggs and milk together, then mixed in everything else, adding the meat last. I mixed gently until just combined, and put it in a 375 degree oven. In total, I cooked it for somewhere between an hour and an hour and a half – I pulled it out at it about 180 degrees. 30 minutes into cooking, I added about a half cup of water to the bottom of the pan, per G-Mom’s recipe. 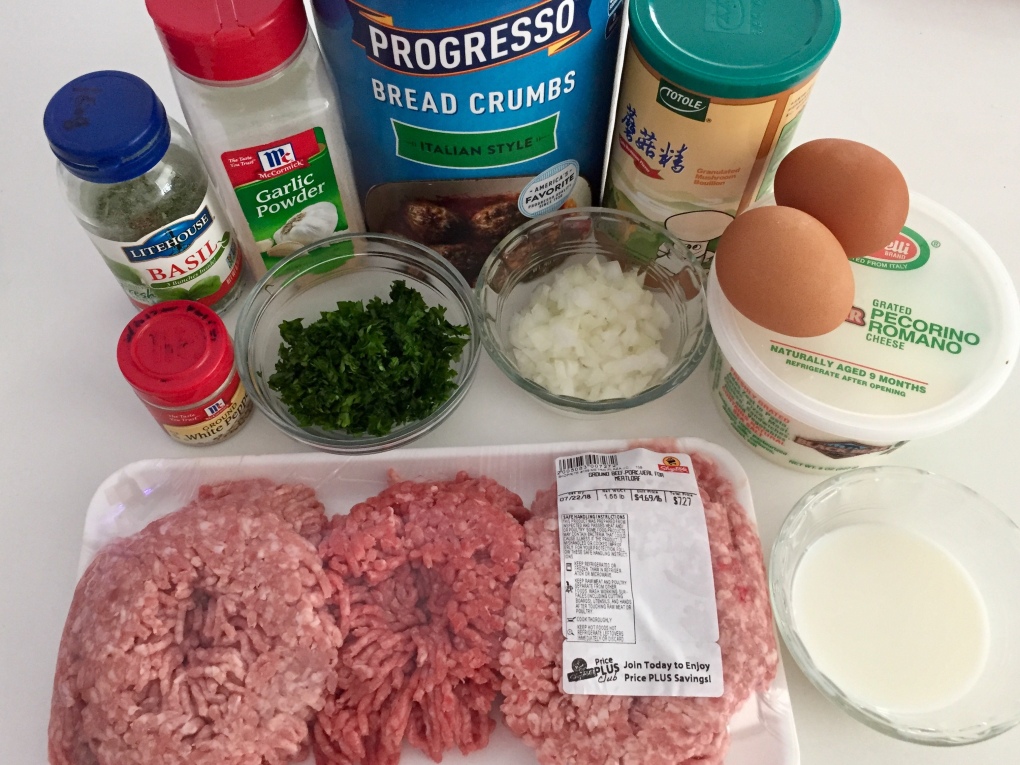 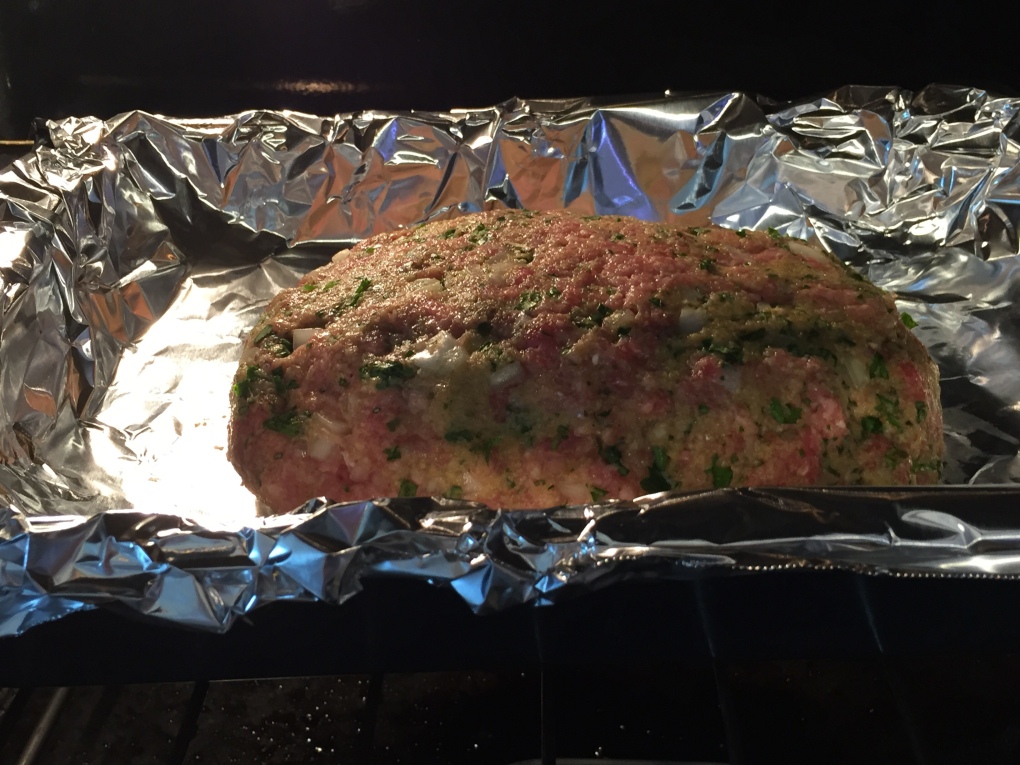 I spaced out and forgot to make the glaze this time, and didn’t realize it until I had let the meat rest. I have a picture from the last time I made it, though. I usually just mix all the ingredients together and brush it on with about 15 minutes of cooking time left. The last time I made it, I used a base of brown sugar and ketchup, and a little each of:

The mashed potatoes are easy; I do them basically the same way every time. I peel and roughly chop the potatoes, then boil them in chicken broth with a few peeled and smashed cloves of garlic. I cook until soft, then drain, add some butter and cream, and whip briefly, just until they are until creamy. Sometimes I add a few spoons of sour cream and chives. 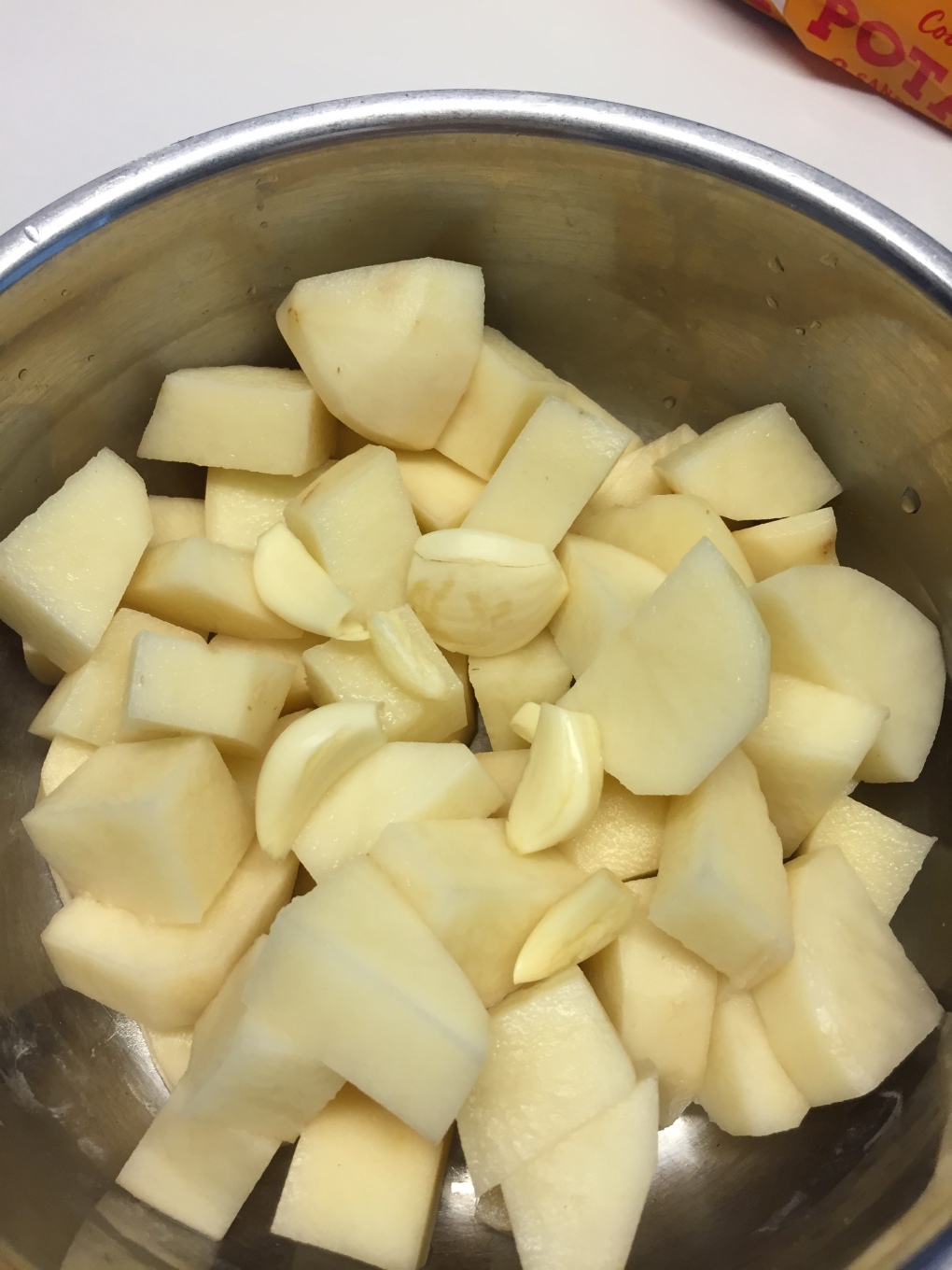